Flying Saucers attack is my first completed game project, originally written in 2001. Over the years I updated it several times with small improvements, additional game mechanics and bugfixes to keep it compatible and running on modern Windows versions. The goal in the game is to shoot down the attacking UFOs and to save the city. 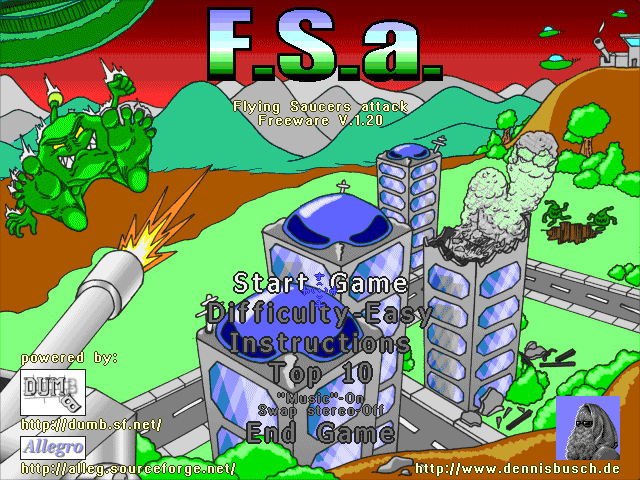