Night Of The Living Nerd was created for the friendly Speedhack[1] 72 hours game development competition in 2007. I made the concept, wrote the code and slapped up the graphics and sound effects with almost no sleep during the competition while Pedro Avelar Gontijo contributed the epic music and came up with the name for the game. In this game you have to shoot everything that moves to score points and to prevent the zombies from getting through to your code safe. Detailed information about how the random competition rules were implemented are inside the archives readme file.

project links
depot page ~ on allegro.cc
gp2x version ~ looks like someone ported it to that homebrew console 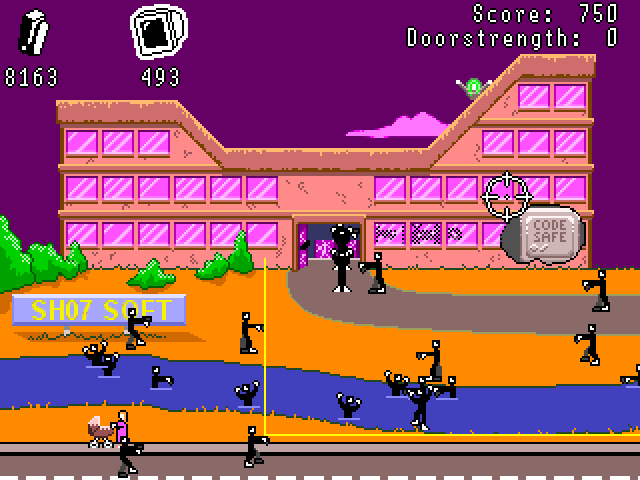